Looks like some thriller novel cover doesn’t it? The story of Diaochan isn’t too far… think Helen of Troy + Femme Fatale = Diao Chan.

There’s a short English animation on youtube that does a good job at telling the child-friendly version of the story–you can watch it HERE.

This is a somewhat dark interpretation of the little mermaid and Diaochan, because the original little mermaid was just as dark, and the reality of Diaochan’s story too. So I’m gonna remove the rosy lens in this article. 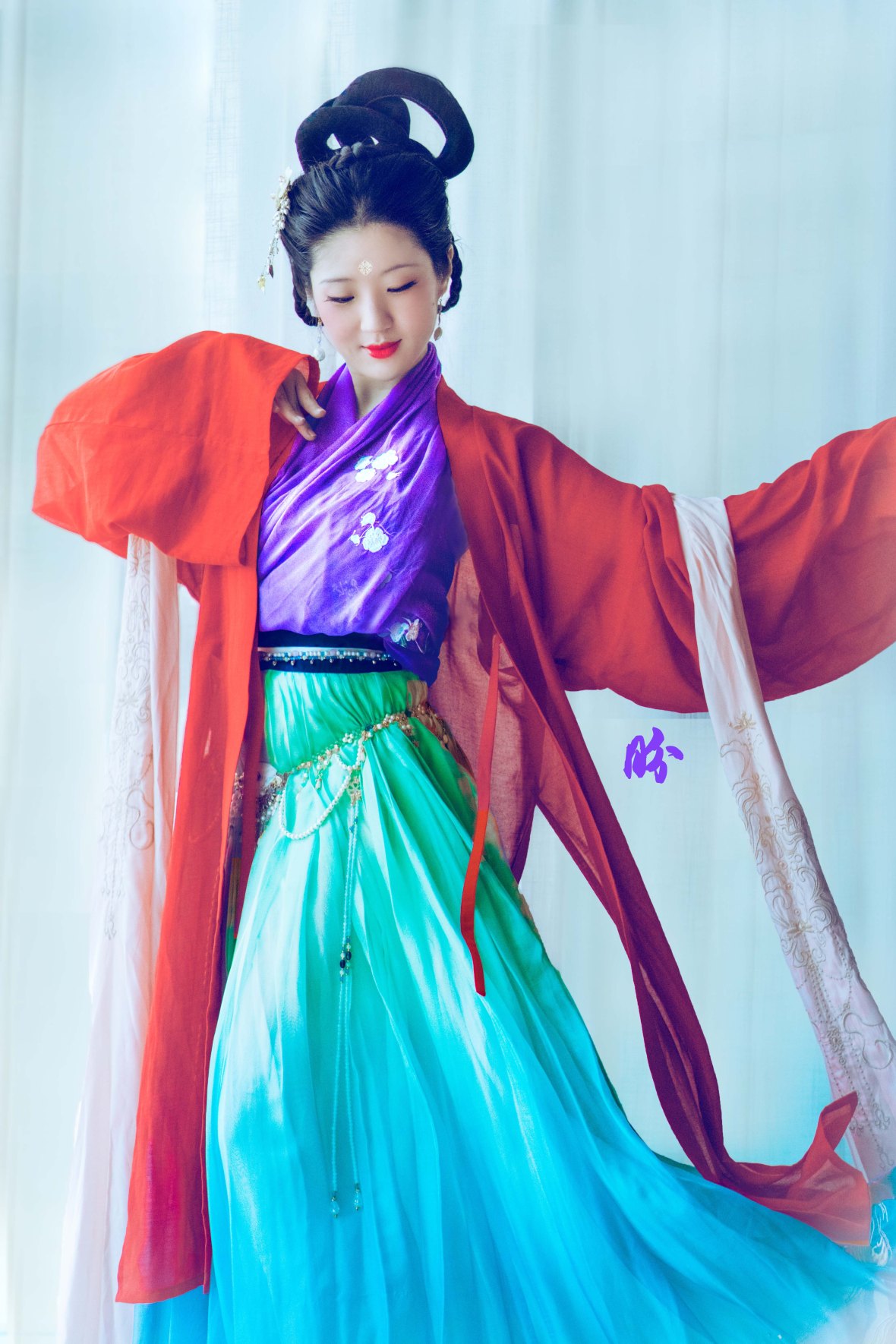 Start off with the really obvious connections–Both Diao Chan and Ariel are known for their musical talents and their beauty. Diao Chan was a trained entertainer all her life, unlike Xishi who was trained for a couple of years for the purpose of being offered to the king. Ariel too had that natural gift for singing. Their musical talent was their strongest asset, but it also became the very thing that hurt them the most–in Diao Chan’s case, she was offered to seduce two men with her skilled dancing and singing while Ariel’s voice was used by Ursula to hypnotise Eric as Vanessa. 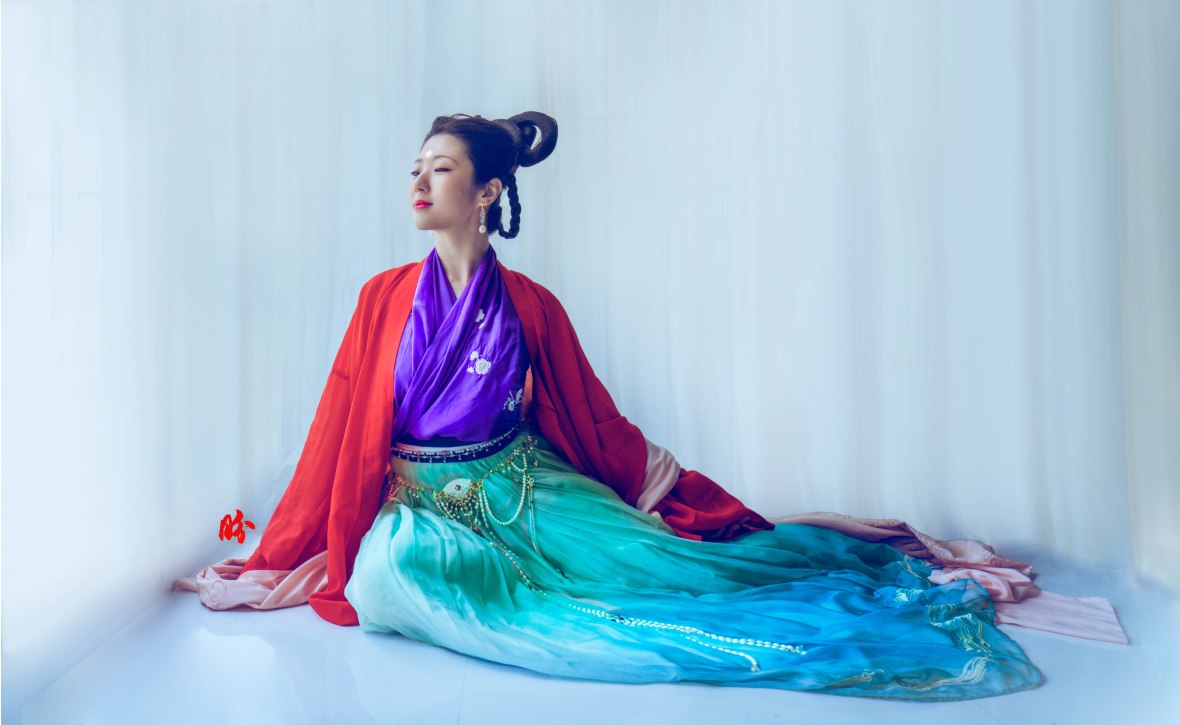 Of course, Ursula’s the evil person who exploited Ariel’s innocence for her own personal gain in the Disney version, but in the original story of the Little Mermaid, the Sea Witch laid the options clear for the little mermaid to choose and the little mermaid went in with full awareness of the bargain–to trade her voice for feet, and every step she takes, she would feel like a sword is being passed through her body.

When it comes to Diao Chan, although the stories generally put her as a willing party and a patriot who sacrificed herself for the nation/people, I can’t help but feel that her godfather (uh-huh) who kept her under his control treated her more like a political tool than a real goddaughter. Once, when he saw Diao Chan sighing by herself, he had a knee-jerk reaction and questioned her if she was hiding any illicit affair or hiding any feelings for someone he didn’t know. Clearly, Diaochan’s sole purpose was to advance his political  (or personal) goal, and he manipulated her to swear allegiance to his cause, and to give up her life for it.

In this instance, the little mermaid and Diao Chan were both extremely pure-hearted individuals, and they were oblivious to this dark intention because they were bound by the idea of a greater purpose–love and loyalty respectively.

I suppose such is the duality of things, especially talents. When used and directed properly, they could be of great assets that benefit the individuals, but the individuals (or land as well in the case of resources) are also susceptible to great exploitation which eventually end up harming them much more than if they were talentless.

Throughout the entire story, keeping their identity secret was an important part of the plot. In the case of Diao Chan, she was to turn the two men against each other (the two men were strategic allies, and god father-and-son, so it was an extremely complicated affair). The way she did it, was to play victim to the younger chap, as the damsel-in-distress who was harrassed/taken advantage of by the older chap. And to seduce the older chap to make him want to own her. In doing so, she would turn the two men against each other, and eventually, the younger chap would kill the older chap over her. She was in an extremely precarious situation should she be found out to be leading a double life.

A rather sinister plot isn’t it? In comparison, while Disney’s version was a lot light-hearted, the real story was just as dark. The little mermaid’s sisters exchanged their beautiful long locks of hair with the Sea Witch for a knife after the prince married the other girl whom he mistook for the little mermaid. If the little mermaid stabbed the prince in his heart and let the blood drip onto her feet, she would be able to return to the sea as a mermaid instead of disappearing into seafoam at the break of dawn.

I remember reading the original story as a kid, and I still remember the ending very clearly because it wasn’t a happy ending. I also remember thinking why would anyone be so silly to sacrifice herself for someone who doesn’t love her. I guess this is also the commonality between the tragedy of the original little mermaid and Diao Chan–both sacrificed themselves for a man who never loved them.

Wishing upon the same bright moon

You know the cliche– we’re all looking at the same moon. I never really thought about it until this article, that this is the same moon that the ancients have been staring at thousands of years ago, and it is the same moon across all cultures. It bears witness to civilisations and was often used to represent women in many cultures alike.

The iconic Little Mermaid poster was made up of a silhouette of Ariel  sitting on a rock, in the middle of the ocean with a huge moon in the background. This is likely to allude to the old tales of Sirens (mythical creatures) and coincidentally, the moon is also closely associated with Diao Chan.

Remember the first article on Snow White where I mentioned that the four beauties were each associated with an idiom of beauty? Diao Chan’s was the moon. It was said that when she was making a wish and praying to the moon for the success of her mission, the moon was so amazed by her beauty that it hid away behind clouds in shame.

In ancient Greek mythology, the equivalent of a mermaid was called Siren, and Sirens were dangerous, evil creatures who lured sailors with their enchanting voices to shipwreck on the rocky coasts of their island. Yes, the word ‘siren’ that we use today to call alarms of danger comes from that mythology.

It is interesting how coincidentally, beautiful women and music are often associated with danger (and the moon) across cultures. This sense of mysticism is particularly strong in the story of Diao Chan because there was so little written about her, and she is most likely an imagined character, but for that, she also captured the imagination of many.

And that’s also why the French title of the Little Mermaid is La Petite Sirène.

In the ancient Chinese records and books such as the Classics of Mountains and Seas 山海经(an ancient record of strange creatures about 2,500 years ago) and In Search of the Supernatural 搜神纪 (compilation of stories related to supernatural creatures some 2,000 years ago), mermaids were mentioned as well. Mermaids were said to produce their own mermaid silk which was extremely light and does not get wet in water. It was also said that mermaids would cry tears of pearls, and a story of how a mermaid cried pearls and used it to repay someone’s goodwill towards her. Of course, many of the stories were merely the ancient ways of describing and explaining the various phenomenon, occurrences and people in the vast land.

One and only flaw

It was said that Diao Chan was the person who popularised earrings because she had small earlobes so she used large chunky earrings to hide her flaw. Historically speaking, the ancient Han Chinese 2000 years ago didn’t use to wear earrings because they didn’t think it was proper to pierce their bodies. However, later on in the three kingdoms and later, there were a lot more exchanges with the nomadic tribes where piercings were very common, so it is definitely likely that it was during that period that earring became popular and it might have conveniently been credited to Diao Chan.

So many versions of what happened to Diao Chan. At one point she was romantically linked to Guan Gong (The god of war), and at other times she was said to have escaped to Japan! So I guess all the ancient beauties of China escaped to Japan at some point and perhaps started some sorority group there 😛

It is with great sadness that we have come to the end of the 4 beauties x Disney princesses project. Will be focusing a bit more on a few other projects such as a dance-related depiction project of the 4 beauties. So stay tuned~