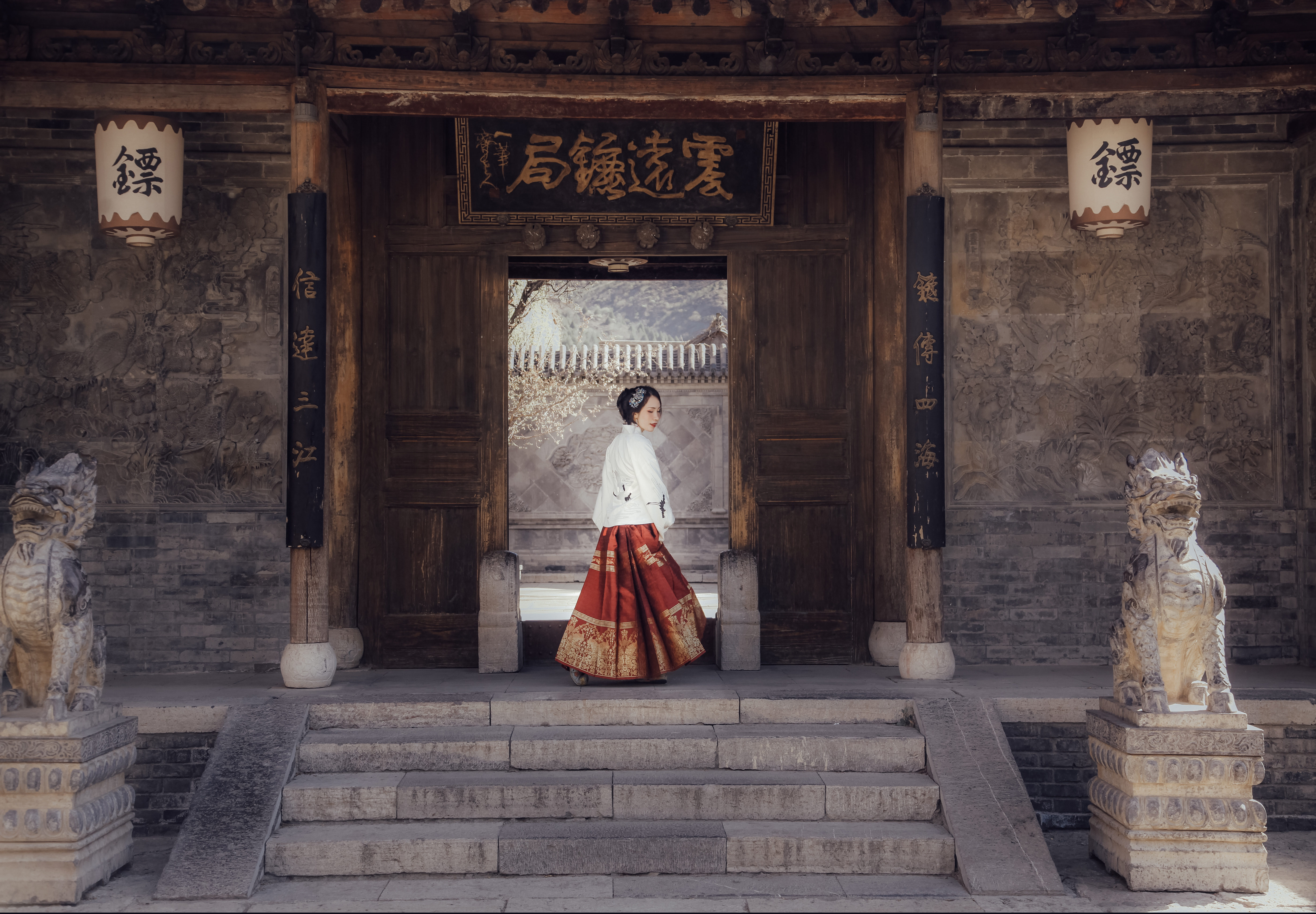 Qing dynasty drama series have often amazed us with their colourful robes, their big headdress and elaborate details. It was almost taken for granted that everyone must have a white scarf around their neck, sometimes they would wear a little vest, and they are often really colourful with a high collar and wide sleeves, lots of decorative border linings and mixture of colours. Often, the occasions in which these dresses were worn were not really clear, and one often thought that there’s only the dull official wear or the exciting colourful casual ones. 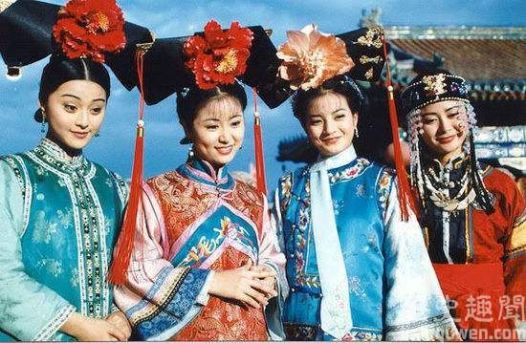 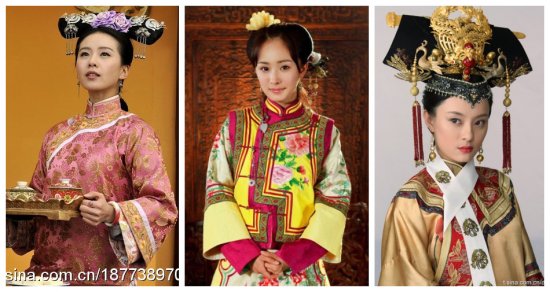 It is thus rather refreshing to see that the Story of Yanxi Palace incorporating different styles of dresses and making a spectacle out of its understated beauty.

A few key things to look out for are: the collar area, the shoulder area, and the sleeves area. That will come in handy in a while.

Also, male and female wear really didn’t vary too much in cutting during the early Manchurian Qing dynasty (unlike the Han Chinese) except for the number and location of the bottom slits. That’s why I would use modern day “suits” as a comparison in some parts. 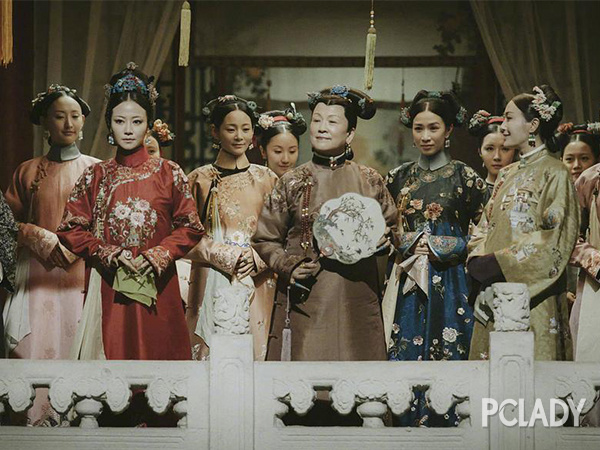 Before we go into the show, it’s important to have an overview of the main categories of dresses, and the occasions for which they are worn in a descending hierarchy:
1. Ceremonial power wear/Black tie (lifu礼服): Worn during major festivals, ritualistic occasions as a symbol of the imperial power like our black tie event wear 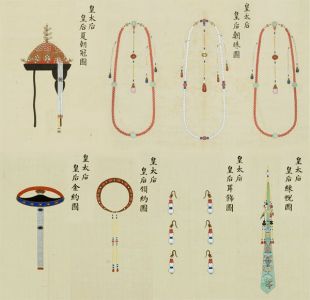 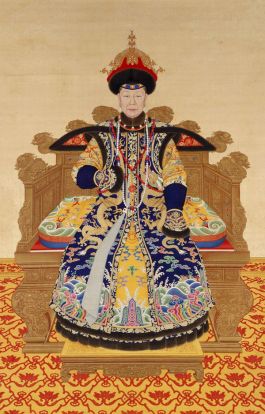 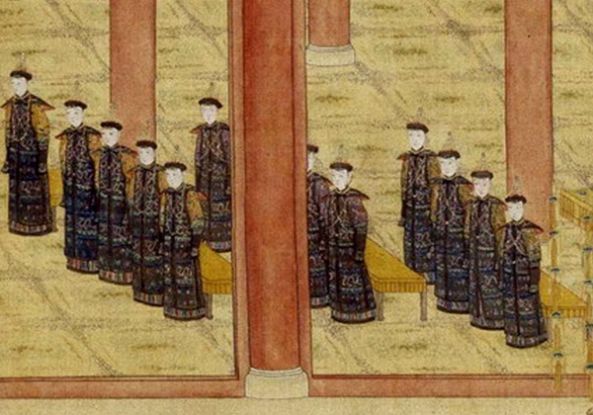 – Hoofed-sleeves (narrow, hoof-like shape)
– Wrap skirt underneath
– A specific type of elaborate crown (gemstones/pearls/motifs used reveals the rank)
– Long necklace (sequence and type of gemstones/pearls used reveals the rank)
– Extremely long vest-robe at the outermost layer* (a bit more elaboration of the motif at the end for those interested)

2. Formal wear (jifu吉服): Celebrations, feasts, pre and post major ceremonies, a bit like our cocktail wear perhaps–able to be a bit flirty and colourful, but still kind of formal 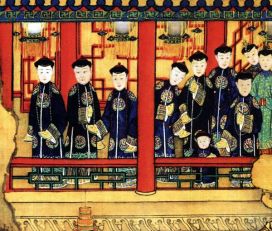 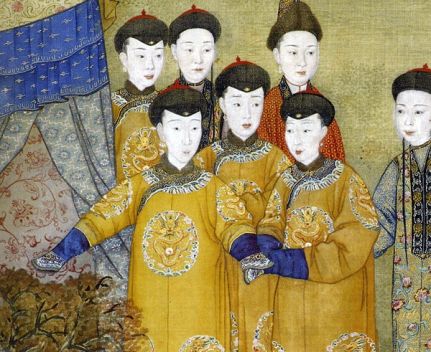 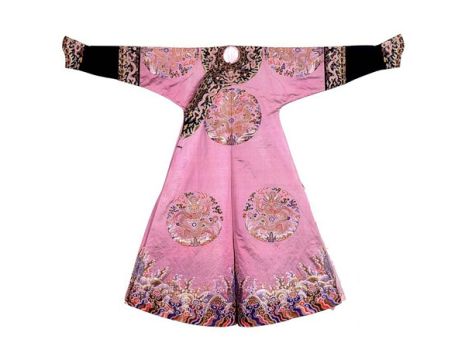 – Hoofed-sleeves (narrow, hoof-like shape)
– Wrap skirt underneath
– AKA Colourful/flowery dress as the colours would vary according to the occasions
– TYPICALLY two-piece set with a more colourful inner piece, and a duller dark blue outer coat** (more elaboration of its evolution at the end)
– Matched with a small crown/hat or just braided hair collected on the top of the head (NOTE: NOT with the rectangular headdress)

3. ‘Smart Casual’ regular wear (changfu常服): Either worn like blouses underneath formal suits or alone like the kinda boring things you wear to work 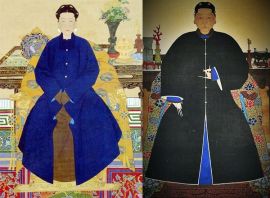 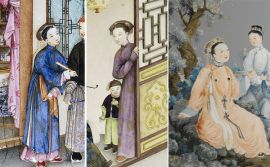 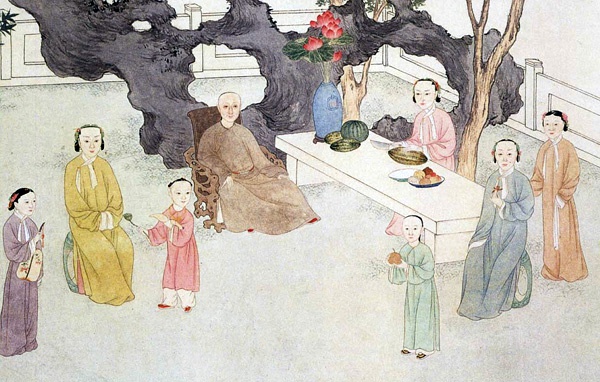 As it went further down the dynasty, they became more elaborate, and decorative. The sleeves got wider, and they incorporated a lot of the Han Chinese elements such as integrated collars.

Note: there are two main types below, one is open slit on the right side, another is open slits on both sides (where there is a slit is decorated with a border lining embroider/decoration).

The one-side slit is meant to be worn as a base wear, and the two-side slit one would be worn on top of it so they don’t reveal too much of the pants underneath.

There are often other wears for occasions/instances such as rainwear, Outdoor/riding wear, winter and summer wear etc which I will not go into detail.

Now that we’ve gotten the “hierarchy of dressing” out of the way, you can go and spot your own mistakes in dramas (too many, basically almost everyone was wearing the lowest hierarchy of dresses which they were supposed to be wearing in their own private residences). Imagine wearing your PJs out and about.

In this aspect, There is certainly a healthy mix of diverse types of dresses in the Yanxi show as evident in a poster below. They covered the in-between 2 types of dresses which most shows did not (namely the smart casual and the formal wear): 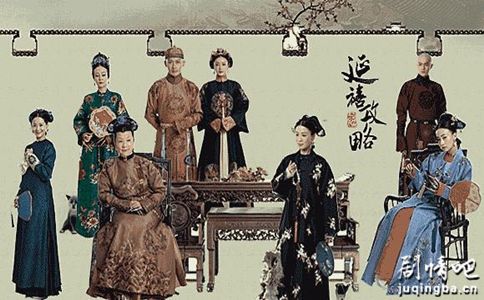 The different hierarchies of dresses in the show: 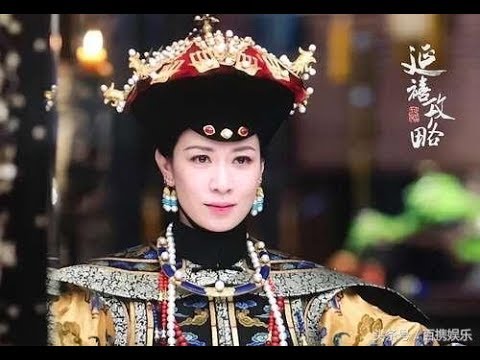 2. Formal Wear 吉服 (note the colourful robes peeking out beneath the dull coat) 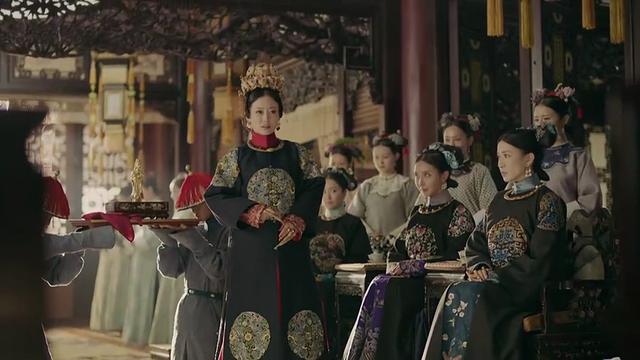 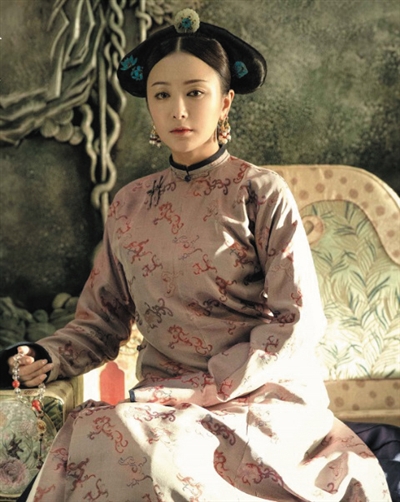 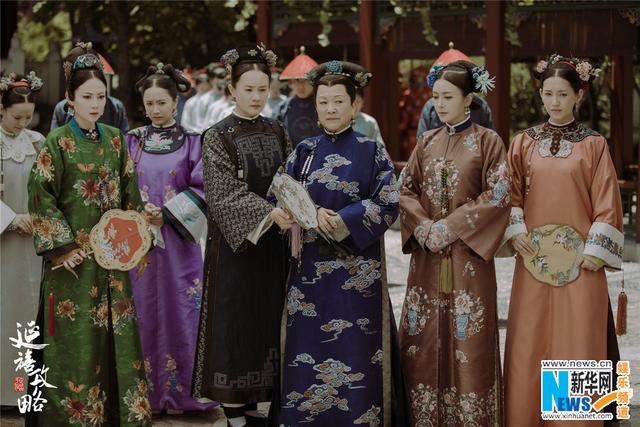 Now that we’re done with the foundation, will dish out more about the specific dressing accessories in another post!

SUPPLEMENTARY INFO
* Compare the dragon motifs in the two portraits below: 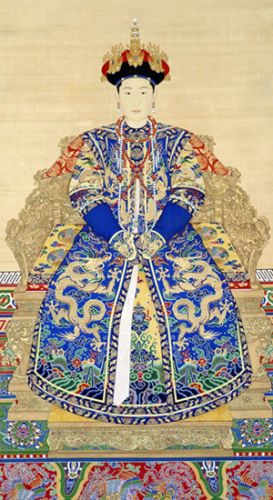 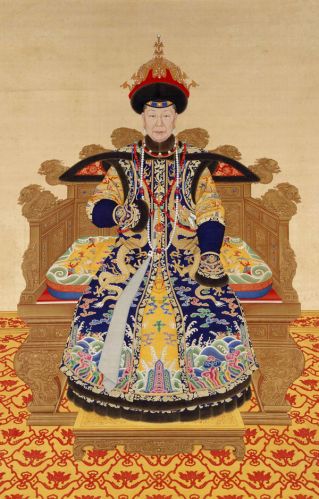 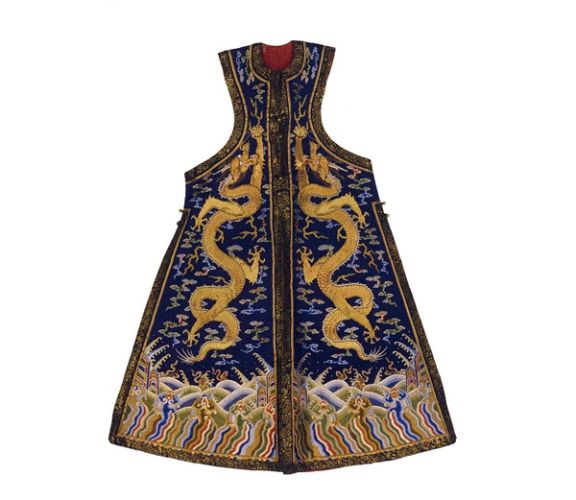 The outermost vest evolved from
3 dragons: one front-on dragon in the centre, and 2 long dragons at the knee area
to
2 dragons: two long ones at each side of the vest
The change was made during Emperor Qianlong’s period, which lasted till the end of the Qing dynasty.
** 2 became 1

In the earlier periods, there were two types of formal outer coats.
One was full of dragons and embroidersy
Another was just a few circular embroideries

Eventually, the fuller embroidery one was discarded, leaving only the circular ones.

And yes, it’s also during the period of Emperor Qianlong that such a change was formalised.

I think from this, we can conclude that Emperor Qianlong has a lot of opinion on dressing and fashion. Perhaps it is also apt that the Story of Yanxi Palace, which takes place during the reign of Emperor Qianlong, has such a huge emphasis on dresses and fashion.

Oh I almost forgot the mention of the pearl shoulder accessories worn by Gao Guifei. Many calls it the Zhu Bajie (Piggie) accessory cos it was worn at one point by a famous pig personality in Journey to the West drama series. But it was actually really worn by Empress Dowager Cixi in the late Qing period. Perhaps they are trying to project a certain kind of Cixi aura onto her. And I’ll just end off this post with the 3 images: 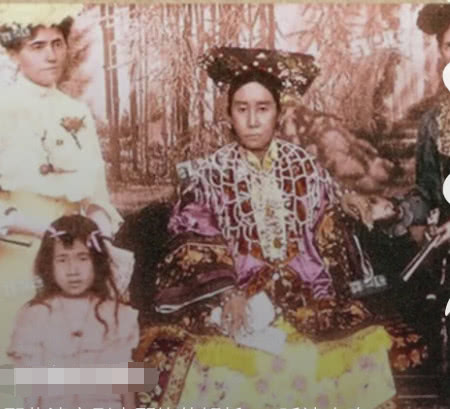 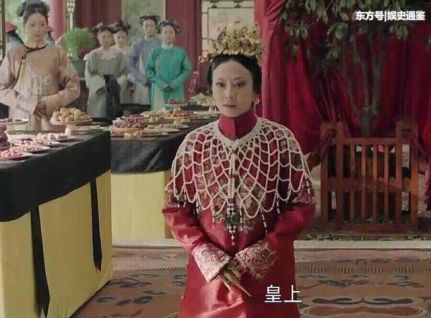 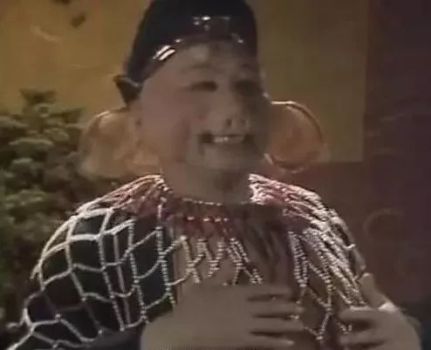 3 Replies to “Qing dynasty show styling–The good, the bad and the ugly (Hierarchy of dresses episode)”