The legendary tale of how Chang’E, the wife of Houyi the great archer, stole the elixir of life and was banished to the moon, was the go-to story whenever one mentions the moon or the mid-autumn festival. Thanks to The Story of Yanxi Palace, I have discovered yet another classic tale of Chang’E that put her in a polygamous relationship with a vixen/fox spirit.

It is also with the reference to a story like this that people are speculating that there is much more going on between Wei Yingluo (the female lead) and the Empress in the story of Yanxi Palace show.

This story of Chang’E is quite apt for this time of the year as we are well into the Hungry Ghost festival (a period for ancestral worships and paying of respect to spirits who’ve returned from the other realm) and heading to the Mid Autumn festival (an occasion for family reunion over mooncake, tea, performances and stories about the moon).

The content in this entry might be a little heavy for average fashion blog readers, so be warned.

“Chang’E” is one of the Strange Stories from a Chinese Studio/ Strange Tales from Liaozhai (聊斋志异) written in 1740, consisting of over 500 short stories of spirits, ghosts, immortals, foxes, and their relationships with mortals. The stories often reveal or indirectly discuss societal issues and human nature/desires.

Like many other stories in the collection, the story of Chang’E, is like a fanfiction of a much older story/classical tale. However, while Chang’E in the original tale escaped the domesticity of real life, this fanfiction version did just the opposite. In this story, she was banished from the moon to earth to serve her time, and she was trapped on earth and forced to live out as a good wife of the male protagonist Zong.

The story is perhaps more aptly called “The polygamous story of an ordinary man and his immortal wives who looked virtuous on the outside but were havoc in the bedroom”. However, as one examines the story closer, one would realise that the story has a second layer of meaning that requires a lot of footnotes and explanation. In particular, a historic understanding of the fox spirit is crucial.

Ancient tales of fox spirits have always had a special place in East Asian culture, and the most commonly known by the West (thanks to Japanese Anime) is the Kitsune (in Japanese culture), AKA the nine-tail fox in Chinese culture.

In general, foxes are seen as a type of creature that is between humans (人) and beasts (物), between the dead (幽) and the living (明), and between the transcendents (benign spirits仙) and monsters (evil spirits妖). They navigate the twilight region between opposite presences and existences and thereby have a special place in ancient Chinese culture and literature. Foxes, or fox spirits have often been closely associated with seduction (媚) and in the case of our story about Chang’E, the seduction and playfulness are shared between the fox and the nymph/goddess of moon in this mortal realm.

By some miracle, an extremely ordinary man who got lucky with a vixen-disguised-as-an-innocent-young-girl successfully married the moon goddess Chang’E who was also disguised as a beautiful young girl. After being in a monogamous relationship for a period, Chang’E staged an abduction to escape the monogamy so she could return to her moon palace. However, her plan was thwarted by the vixen and the vixen helped Zong win back Chang’E, resulting in all three of them being bound to each other in a polygamous relationship.

It seemed like none of the women really wanted to be in a dedicated/exclusive relationship with the male protagonist Zong. So both the fox spirit and the goddess came up with different schemes to try to make the other party substitute herself for the role as Zong’s wife/lover, and eventually, both of them had no way of escaping this relationship.

During Chang’es first union with the hero, she would play a fox-like role and impersonate historical beauties for her lover’s amusement. During the second, polygamous union (where she could outsource her roleplaying part to the fox spirit), she would teach the vixen how to do so, and send her to entertain their husband instead. And Chang’E would be happily spending me-time in her own room. One day, she heard a lot of giggles and laughs from the vixen’s room and sent someone to find out what’s going on. Turns out, the vixen transformed herself into Chang’E and was in the arms of their husband, imitating their exchanges. In this way, Chang’E had successfully, fully outsourced the seduction and desire part of herself to the fox, as she embarks on a self-improvement path to greater inner peace. She was moving towards “beyond desire”.

Chang’E was obviously quite jealous/upset and inflicted a terrible headache onto the vixen with her power. The vixen begged for forgiveness and as soon as Chang’E forgave her, the vixen started to joke around with Chang’E, roleplaying with Chang’E as a Guanyin Bodhisattva sculpture and her as the attendant.

This point about the Fox spirit and roleplaying as Boddhisatva is interesting because when I first read it, I couldn’t understand the cultural-religious reference. Then after I read my reference book I realised that it could be an influence from Tang dynasty tales of foxes (even though this is written in Qing dynasty, some 700 years later).

The author, in this case, 700 years later, might have taken reference from the Tang dynasty stories of foxes and adapted it as the “usual naughty” things that fox spirits do, but at the same time, possibly insinuating the ambivalent and ambiguous identity of Chang’E as a goddess that has fox-like traits.

So what happens next? Chang’E was angry and denounced Diandang the fox spirit for releasing her pheremone indiscriminately. In the coming days, Chang’E intentionally stayed away from Diandang. 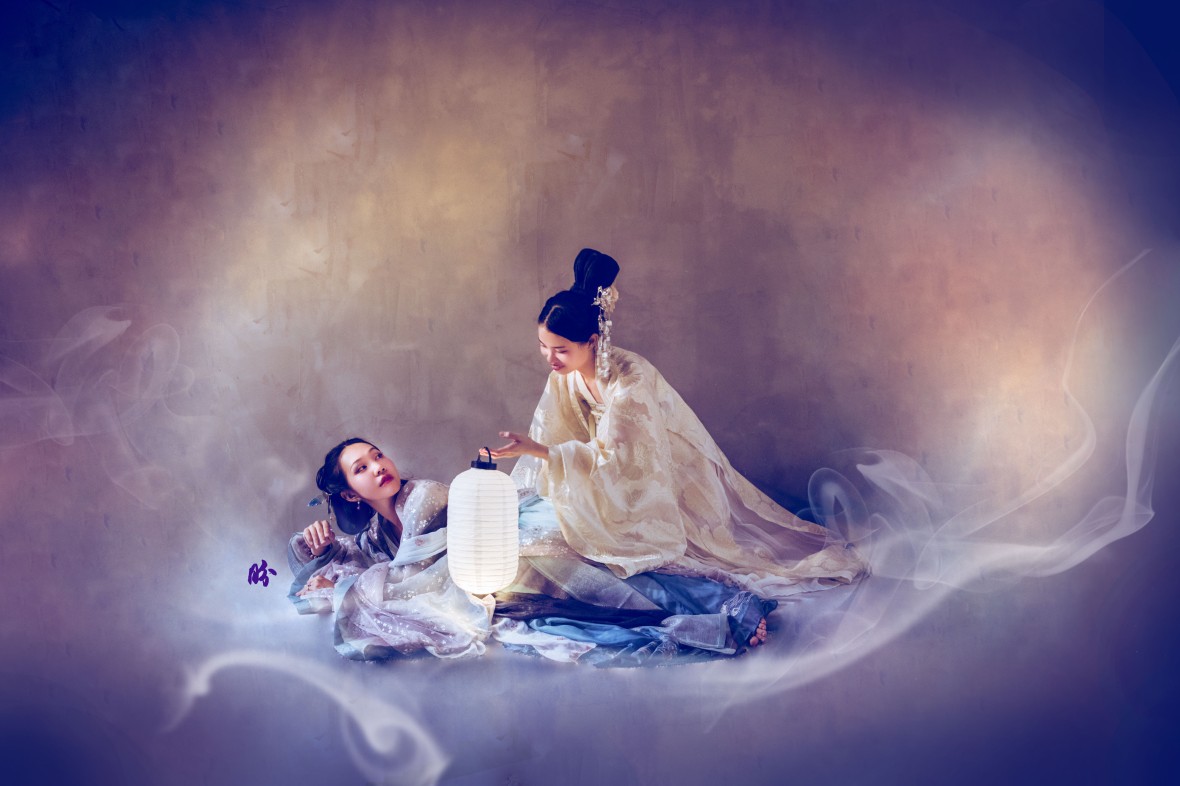 The vixen apologised to their common husband and confessed that she had great affection for Chang’E, thus her involuntary attempt to seduce her, reiterating that she meant no personal harm to Chang’E. With that, Chang’E forgave the vixen but warned her of the dangers of going overboard with the roleplay and bedroom fun.

So the fox represented uninhibited sexual desire and Chang’E represented the rationality of one to overcome those desires in order to achieve other things in life (such as her attaining greater enlightenment). There is a constant struggle between detachment and passion, and Diandang the fox constantly challenges Chang’E and her resolutions. Just like how my husband always challenges my weight loss resolutions. So relatable.

Thereafter, Chang’E called the vixen to her and told her to cease all roleplaying. Then Chang’E called their husband and told him the consequences of overindulgence. She blamed herself for starting the precedence and setting a bad example for others to follow, and that if they did not mend their ways, greater misfortune would befall. Since then, everyone went to behaving prim and properly, and they lived happily ever after.

Yes, there’s always a moral to a Chinese story.

It’s kind of weird, I know. I didn’t really quite understand the story until I read the various analysis. Essentially, Chang’E representing reason and propriety while the vixen represents the raw and uninhibited sexual desire in one. There is often this struggle between reason and emotions, propriety and desires. So the author used an extremely elaborate way to discuss the internal struggle within the self.

That being said, I’m actually more interested in the sexual and gender ambiguity in classical/ancient Chinese literature. 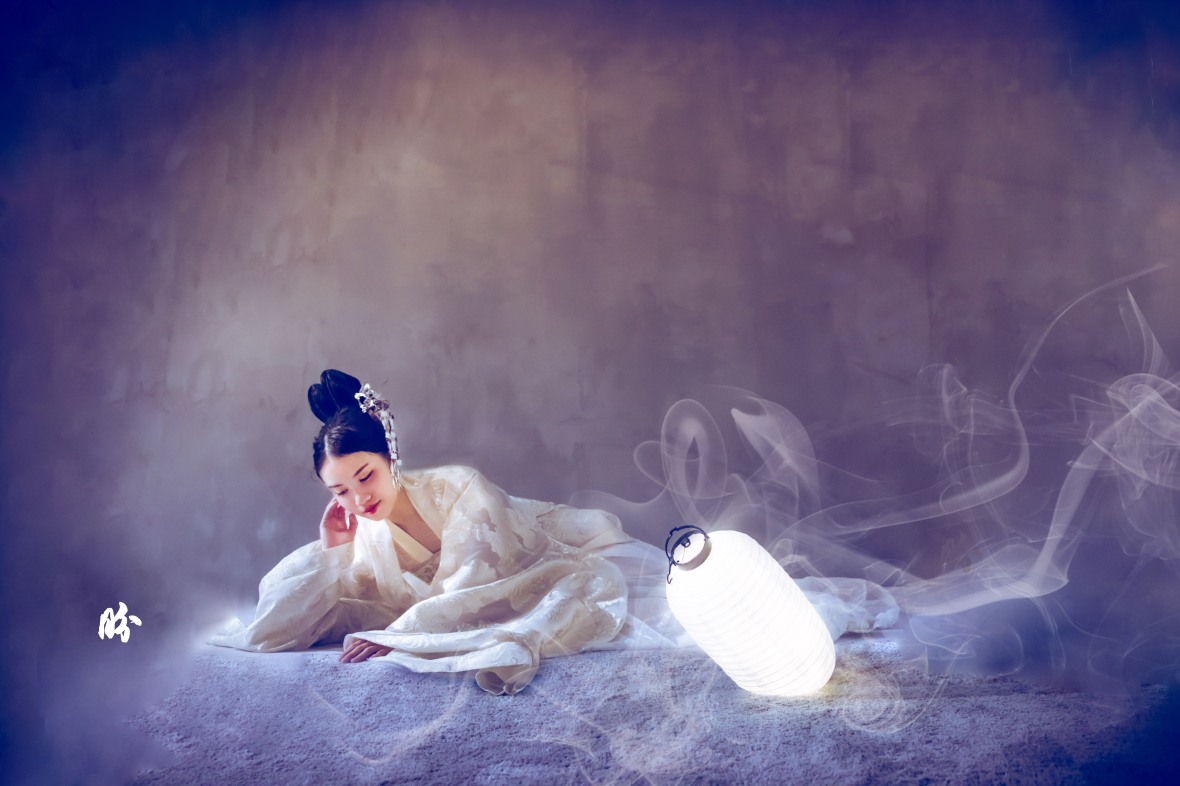 Fox spirits or vixens have often been used to represent the raw sexual desire in one. And spirits, by nature, had no gender. They can often change from one to another, or they can determine which gender they turn into. This is also why in some versions of the tale of Madame White Snake, her BFF the Green Snake spirit was originally a genderless (but for the sake of understanding, a male one) who sought to marry Madame White Snake. And because he failed to win her heart, he transformed into a female presence instead to follow Madame White Snake for the rest of her life. That being said, her fierce loyalty and obsession with Madame White Snake seemed almost unrealistic unless there is a deeper attraction. I think this is quite similar to the story of Yanxi Palace, where the female protagonist’s love for her master the Empress was beyond normal friendship.

In this strange tale (indeed), the story also dealt with homosexuality topic to a certain extent, however implicitly. Contrary to popular belief, homosexuality was not unheard of in ancient China. There were records of emperors and their male consorts, or wealthy men with their male companions. Perhaps it is also for this reason that when the male protagonist Liang Shan Bo in the butterfly lovers realised that his buddy was a woman, he didn’t have too much of a struggle accepting his love for her. Ancient Chinese accepted sexual desires towards another person as human nature, and while you couldn’t marry the same gender out of propriety, you are allowed to keep them as your lover on the side. It was a very different world and a very different psyche which I am trying to understand better as well.

I suppose, as with everything in Asian culture, it is never really black and white, and people thrive within the 50 shades of grey, or more.

I like how the story kind of topples the traditional perception of Chang’E as the detached and pristine goddess who just spent her time with her jade rabbit doing heaven-knows-what on the moon. Instead, she is now involved in some really bizarre love entanglement with no one else but a fox spirit! And she was portrayed as very much human, with her own burning desires and passion, and a past which she wanted to leave behind to attain enlightenment. Yet, every step of the way, the fox spoilt her plan and she was reminded of her past passion again.

After reading this, perhaps you can think back on the relationship between Wei Yingluo and the Empress in the Legend of Yanxi Palace, and let me know if it made you think a bit deeper about them!