Image with strobe-light effect cautioned cos this is, after all, a post about lightning.

This will be a quick one because the goddess of lightning has a very bizarre story related to extreme teachings of filial piety and a very muddle-headed god. And the muddle-headed god is none other than the god of thunder.

The Sailor Jupiter that we know, is extremely tough and was the “muscle” of the Sailormoon group. She’s rather tomboyish and her power of lightning is also accompanied by thunder as her power is modelled after the Roman god Jupiter which is the god of sky and thunder (and sometimes lightning is included).

It’s interesting that in Roman mythology, thunder and lightning were governed by the same god–Jupiter. Ancient Chinese held a similar belief as well until some 1,000 years ago during the Song dynasty where there was a division of role and out comes the goddess of lightning.

A perfect feminine ying balance to the masculine yang of the god of thunder. It stemmed from the Taoist tradition and the story of how she came about is not unlike the Taoist stories of extreme filial piety and self-harm which visitors to Singapore Haw Par Villa would be able to relate to.

You see, the goddess of lightning was a poor ordinary widow. Nothing wrong with ordinary, but she was literally out of money. She would have remained ordinary and poor if not for mother-in-law who had a craving for meat. So the goddess of lightning remembered another ancient tale of someone cutting his/her own meat to offer it to his/her mother as a display of filial piety and did the same.

The mother-in-law didn’t like the taste of the meat, because the goddess of lightning was a labourer and thus didn’t have the kinda tender meat (by that I’m sure they meant fatty meat) that non-labourers would have. So she made a big fuss about how the goddess of lightning hid the good meat for herself and gave her the inferior quality meat and asked the god of thunder to punish her.

Obviously, the god of thunder must’ve not been paying attention to this entire episode as it unfolded and only caught wind of the last bit of the complaint. So he had a knee-jerk reaction and the 5 claps of thunder struck down the goddess of lightning. 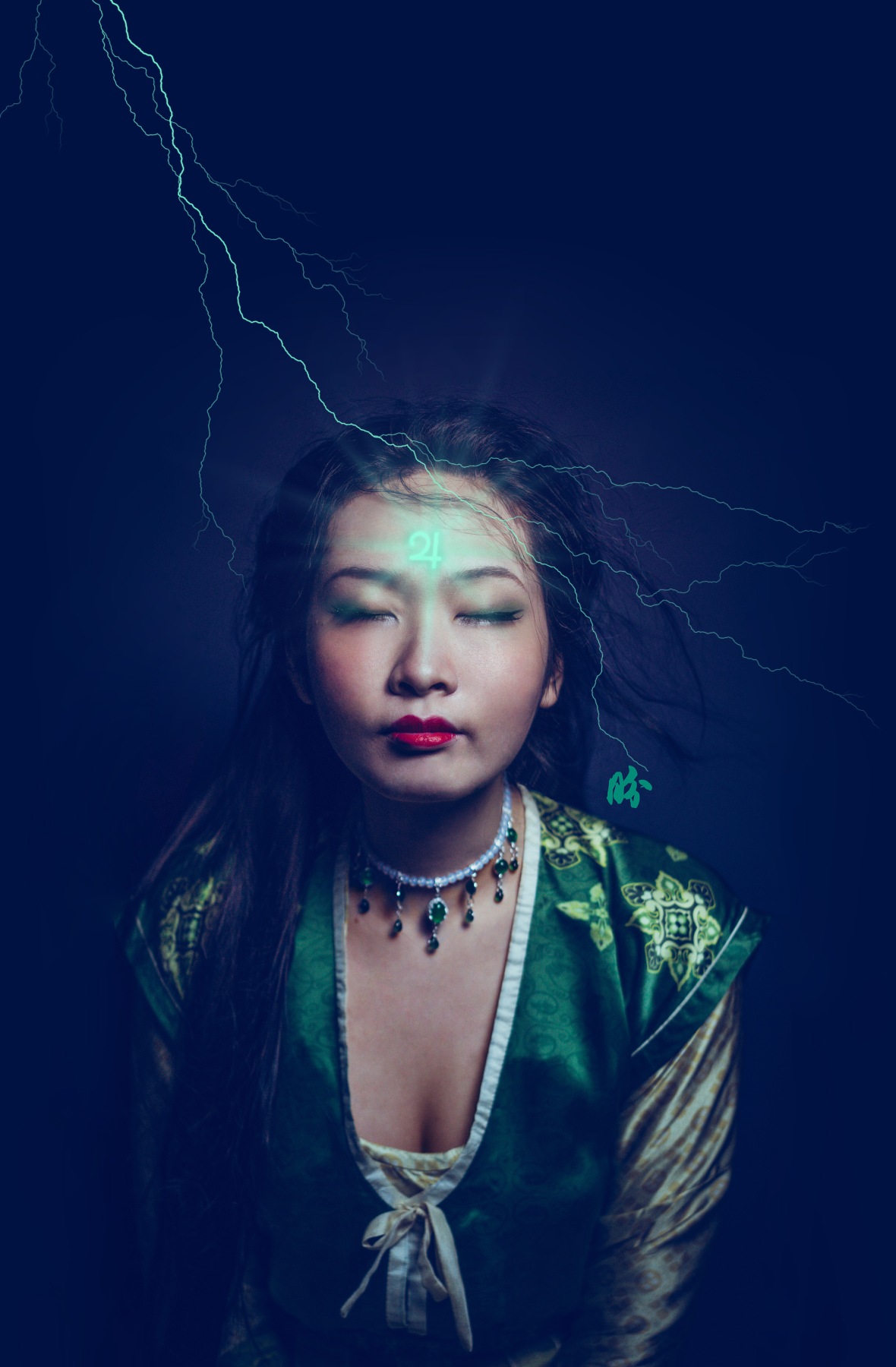 To cover his backside for the mistake, the God of Thunder quickly got the approval of his superior–the jade emperor, to make the wrongfully-executed widow  the goddess of lightning compensate for his mistake (?!?!?).

And like the phoenix rising from the ashes, the goddess of lightning’s spirit got promoted to the level of goddess after being executed.

Since then, before thunder strikes, lighting would go and light the way, to ensure that every deed is properly checked before thunder kills anyone wrongfully again.

Come to think about it, the God of Thunder is really good at covering his backside isn’t it?